The Colombian team fears Drogba :”The beast in the penalty area” 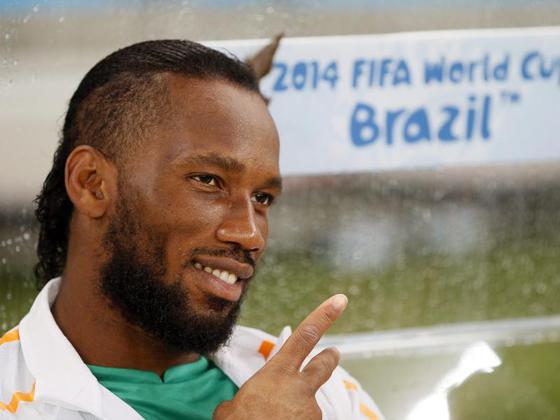 The Colombian defender called Drogba an “elephant”and told: You have to concentrate a lot and cover him.”
Lamouchi said to the journalist: However the Colombians mus understandt that Drogba is the masterpiece of our system.”

Indeedly Drogba had helped for the big turnover versus Japan. He actually didn`t shot the goals but he helped in doing them. Colombians defender Zapata does not belive that Drogba will be sitting on the bank. ” My mission is to avoid him in getting the ball.” The offender from FC Porto continues:” We have to watch out in the defense. We all know which qualities Drogba brings and what he has reached in his career.”

The highest victory in the world cup history has gained a massive boost in the self esteem of the soccer player although one of their Top-players couldn`t be on the field.