Brazilian`s top player Neymar announced officially that he will support Argentina in the Final match against Germany. 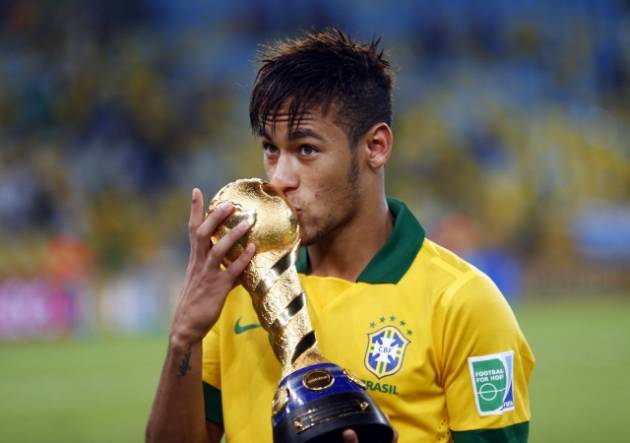 Brazil striker Neymar has revealed that he will be supporting Brazil´s arch rivals Argentina in the 2014 Fifa World Cup final. Speaking at a Brazilian press conference, Neymar told the media that he will supporting his club teammates Javier Mascherano and Lionel Messi, against Germany.

If you don´t know much about soccer in South America, you should know that Brazil is Argentina´s arch rival since ever.
During this World Cup in Brazil every move of the Argentinian team was booed by the Brazilian spectatores.
Of course it makes sense that Neymar will support Argentina, because his team mates from Barcelano are Argentinian players.
Or could it have something to do with the 7:1 victory of Germany against Brazil in the semi-finals?