Which way is the best to get my Colombian fiancee to the U.S? 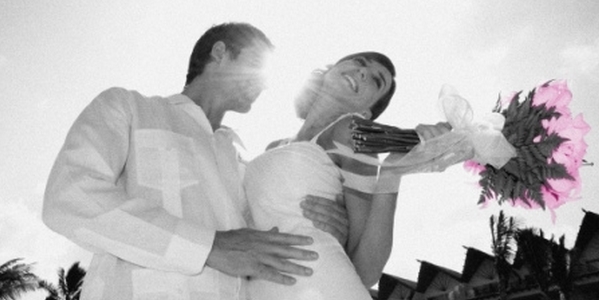 Here is what you need to know:

First off, there are basically 2 options:

In any case it will be necessary that you meet your Colombian fiancee,  at least once, in Colombia.

Please understand, that about 90% of Colombians just don´t have the financial means to get  a tourist visa (90 days) approved and just travel to the U.S like that. Until now all Colombians (who are not U.S citizens)
do need a visa in order to enter the U.S
The U.S immigrant service does have strict laws and requirements (financial proof ect.).
In order words, if the Colombian woman doesn´t have a very high payed job or property, which assures that she MUST return to Colombia, chances are very low that her tourist visa will be approved.
The US government tries to avoid by all means that Latin Americans can come to the U.S with a tourist visa easily and then stay as illegal immigrants.

I´ve even heard many cases, where the tourist visa was rejected even though it was sponsored. In this case the applicant has to file an affidavit of support, which means that he has to proof that he has the financial means to cope with the expenses of the invited Colombian lady while she is in the U.S.
By the way you can not get married in the U.S if your colombian fiancee enters the U.S with  a tourist visa.
With other words, chances that a Colombian woman will get a tourist visa approved are generally very low.

This could change for Europe (except for the U.K) soon, since they are apperantaly in the process to get rid of the Shengen Visa.
Until now, it is not confirmed, when this will actually happen.

1st option: Marriage in Colombia
The mayority of our clients (about 60%) choose to marry in Colombia. The biggest advantage is that your colombian fiancee will have the best chances to actually get her visa approved. Although there is never a 100% guarantee that it will be approved. This pretty much depends on the given information and the interviews.
After your marriage in Colombia, your fiancee has to file I-130, Petition for Alien Relative. After the
approval of the petition your fiancee and you have to attend one or serval interviews, where the genuineness of your relationship is being verified. Make sure to bring proof material, such as “Photos of you and your fiancee” “flight tickets” ect..
Both visa processes take about  3 – 12 months.

2nd option: Inviting her for a marriage in the U.S – K1 fiancee visa
In this case the USCIS form I-129F, Petition for Alien Fiancé(e) must be filed.
The chances of approval of this VISA are lower, than the chances of getting the upper mentioned
I-130, Petition for Alien Relative approved. This is just because after a marriage in Colombia, your Colombian fiancee turned to your wife and its harder for the authorities to reject this visa.
We recommed the K1 fiancee Visa if it is important for you, that your Colombian fiancee  gets to now the environment where you live before marriage. Some men fear that the Colombian lady might not adapt well to “the new world”. From the stories that we hear, most Colombian women tend to adapt well to the new environments and they most tend to learn the language of the country in a relatively short period of time.

Nevertheless, it would be ideal if the Colombian woman gets to know your environment and everyday life before marriage.
Also the screenings from the government officials for this VISA are stricter, since they are keen on saying that your fiancee relationship is not genuine in order to prevent the marriage in the U.S.

Be prepared for hours of interviews, where the officals will ask both of you a lot of intimate questions about your relationship.
Once your Colombian fiancee entered the U.S with her VISA you´ll have 90 days to marry her. Be informed, that in case that you will not marry her in the 90 days, if you try to invite an other foreign lady for marriage, chances are high that the petition for the next VISA might be rejected.

Te most important thing is that, you and your Colombian fiancee should be absolutetly certain that you want to get married,
before initiating any Visa process

For a marriage in the U.S buy her airplane tickets after her Visa was approved.

Both visa´s do usually take from 3 – 12  months to get approved.

cons:
– She will not get to know your environment before marriage.
– You have to return to Colombia

Inviting her for marriage in the U.S – K 1
pro:
– Your colombian fiancee gets to know your environment, friends and maybe family before you marry her.
– You don´t have to leave the U.S

cons:
– The visa. More difficult to get approved. (Depends very much on your sponsorship and your and her background).

If you are interessted in finding a Colombian wife, please get in contact with us now!