TransMillenio will have special buses just for women

The TransMillenio is the biggest transportation system in Colombia, and the most used in Bogota.

Its almost like a subway system only with buses and its Â not subterranean.

Because of the number of complaints of sexual abuse to women in TransMilenio,
the District decided to enable a dedicated bus for just for women starting from 7th March 2014. 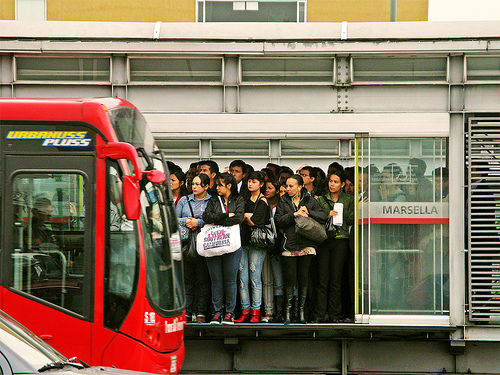 The pilot project will start with one of the most congested routes, the (f23-j23), the route
between Las Americas and Las Aguas. If the plan works out well, it will be implemented throughout the entire system.
The space between the driver and the central accordion will be exclusive to women.
The rest of the bus will be mixed, so that a woman will be abel to choose if she enters a the women-only
or mixed section of the bus.

Additionally there will beÂ Â cultural campaign to prevent men from groping.