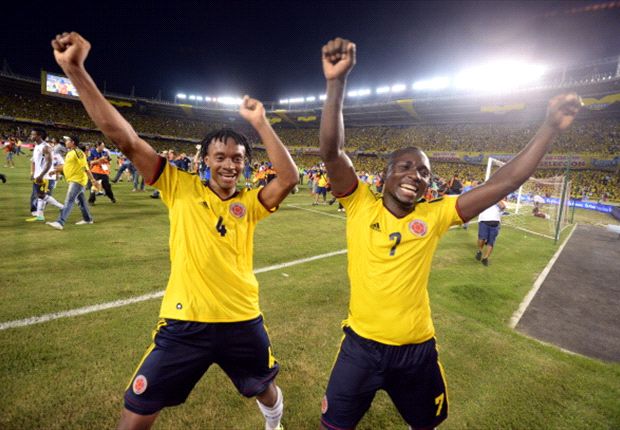 Today, the 24th June Colombia will confront Japan in their final match of the first round of this World Cup.

The Colombian national team follows the path of victory.Â This will be a unique challnenge for both teams. This Tuesday it will be aboutÂ the sixteen round. “We should go withÂ calmness andÂ humility, while concentrating on Japan and in what we want to archive.” , said Victor Ibarbo.

“Now we are thinking on Japan and we must confront them with the same desire and with the same responsibility. It is a team which has good fame, they are able to attack rapidly and we must control this.” complemented David Ospina, the Boss of Arco Nacional. It is clear that there won`t be any distraction allowed.

There`s no Colombian who doesnÂ´t recognize the dimension the Colombian team has reached. “In Brazil we feel like in Barranquilla we are impressed, each day the people are supporting us in this World Cup to give our best. ” reminds Ilbarbo. ” We are giving our best and we appreciate the support of our Fans a lot.” said Ospina. For him it`s an obligation and for the country a collective madness.

“It is necessary to have Â two feet on the ground and to go step by step.” , told Ospina. “To go to the final match we have to win against every team, the difficult ones, the experienced ones, every team. Today it`ll be Japan.”, said the national goalkeeper.

Some games have showed us that the dream Â for winning the World Cup 2014 comes and dissapears for some teams. Â TheÂ ColombianÂ soccer team has showed that it goes a determinded and stableÂ way.

For Japan the pressure will be much more since they have to win this game. Of course we`re all excited about this match. Let`s go Colombia!