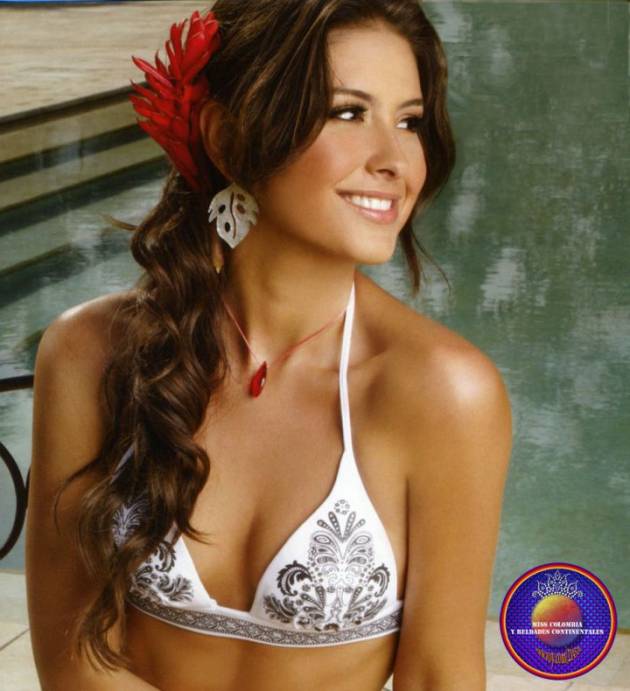 Taliana Vargas was born in Santa Marta in the year 1987 in Santa Marta, Colombia and is Miss Colombia 2007, a Colombian actress, television personality, fashion model and Miss Universe 2008. She is of Greek descendants and has got Italian relatives. She is fluent in Spanish, English, Italian, aswell as some Greek and Arabic.

Taliana Vargas is one of the most successful Colombian actress and model. Her career began as taking the first leading role as ” Nina Cabrales” in the RCN TV soap opera ” Chepe Fortuna”. Through the huge success in Colombia and other South American countries she won the TV y Novelas Adward as Best Actress in a Leading Role.

“Refael Orozco El Idolo” is the name of the soap opera where she currently potrays the main character. This soap opera is currently the most popular and most wachted show in Colombia right now. The story is about the life of a Vallenato singer.Taliana Vargas is playing his wife. Her beauty and her acting skills can be seen in the show.

She has been the leading image for publication of brands like Nestle, LOreal Paris, and many other.

Taliana Vargas is one of the most beautiful Colombian women.