600 police women will infiltrate the Transmilenio (biggest bus transportation system)  in Bogota, Colombia in order to capture sexual offenders. This year they have captured 40 offernders. 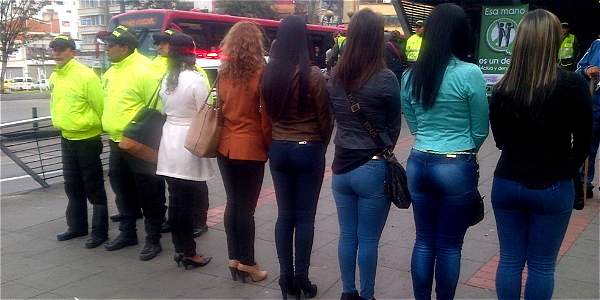 The commander of the Bogota Police, General Humberto Guatibonza, said this year have captured 40 men in  situations of harassment or fondling of women in the buses, but all are free again because this kind of crime is considered as slander in Colombia since for most cases there is no proof.

Over the weekend, for example, a man was captured for the fifth time for harrasing women in the buses, but he was also released again.

Anyway, the police women will be distributed in TransMilenio Buses  with priority of the center of the city, where most cases have ocurred.

The measurement  will start this  August, together with a dedicated bus exclusively for women.