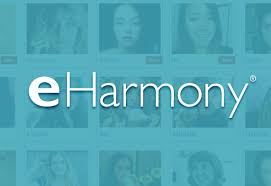 With the deluge of online dating sites out there it’s hard to know which is best one to help you find the right person.

Some group of users liking the same quirky date suggestions, while others rely on religion or a shared love of foreign women, like Latin women, European Women, Asian Women or African Women.
And then there are those supposedly based on scientific algorithms, like eHarmony, which probably sounded pretty solid until a recent study suggested they’re not that scientific after all.

Benjamin Karney, a professor of social psychology at UCLA who helped conduct the study, which was published in February, has now told L.A. Weekly that online daters are getting flat-out duped, with “scientific” methods that are “basically adorable.”

Karney argues that sites like eHarmony are all well and good at increasing the dating pool for single people, but that they’re misleading their customers by making claims that science is hard at work in finding them the right partner.

He told L.A. Weekly that eHarmony’s system is flawed because it relies on conclusions from married couples and a fundamental premise that similar people will be happy together in the long-term.

But married couples often project similarities onto one another and adopt similar interests over time, so those are the results of a relationship rather than what inspires them in the first place. Opposites attract.

According to a press release announcing the results of the study, online dating algorithms are also bunk because they try to determine long-term romantic compatibility between people before they even meet. But how a couple interacts and responds to stress together can’t be determined with the data they’re using— and those are the factors that really determine whether a relationship will succeed.

– eHarmony´s algorithm is not based on science.
– A person does not automatically feel attracted to an other person with similar interests.
– Couples often adopt similar interests over time.
– Long-term romantic compatibility is based on how the couple interacts and responds to stress together can’t be    determined with the data they’re using