Latinos Are Most Likely Ethnic Group in the U.S to ‘Marry-Out’ of Race 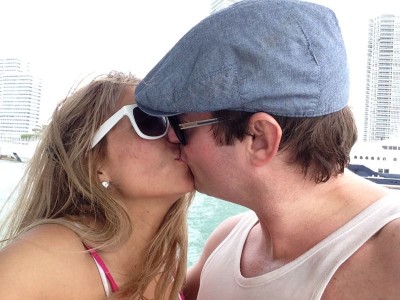 The number of new marriages between spouses of a different race or ethnicity increased to 15.1 percent in 2014, and the share of all current marriages that are either interracial or interethnic has reached an all-time high of 8.4 percent, according to a study released Thursday by the Pew Social & Demographic Trends project.

Of the 275,500 new interracial or interethnic marriages in 2014, 43 percent are white/Latino couples, the most common type of intermarriage couple.

According to the report, intermarriage rates are highest among Latinos and Asians. In 2014, more than a quarter (26 percent) of Latino newlyweds, and 28 percent of Asian newlyweds, married someone of a different race or ethnicity. By contrast, about one-in-six (17 percent) newlywed black non-Latinos married non-blacks, and less than one-in-ten white non-Latinos (9 percent) married someone who is not white, the lowest among all groups.

Whites are by far the largest racial group in the United States, meaning that marriages between whites and people of color are the most common types of intermarriage.

Among the report’s findings:

Of the 275,500 new interracial or interethnic marriages in 2014, 43 percent are white/Latino couples, the most common type of intermarriage couple.

Native-born Latino newlyweds are more than twice as likely as foreign-born Latino newlyweds to marry out—-36 percent versus 14 percent.
About one-in-five (19 percent) of all newlyweds in New Mexico between 2008 and 2010 were white/Latino couples, a share higher than any other state. States with the next highest shares of newlywed white/Latino couples were Arizona (12 percent) and Nevada (11 percent).
Between 2008-2010 white male newlyweds who married Asian, Latino or black spouses had higher combined earnings than did white male newlyweds who married a white spouse.

Just as intermarriage has become more common, public attitudes have become more accepting. Nearly half (48 percent) of Latino, and 43 percent of Americans overall, say that more people of different races marrying each other has been a change for the better in our society, while only about one-in-ten of both groups think it is a change for the worse.