The heart of the world – La Sierra Nevada 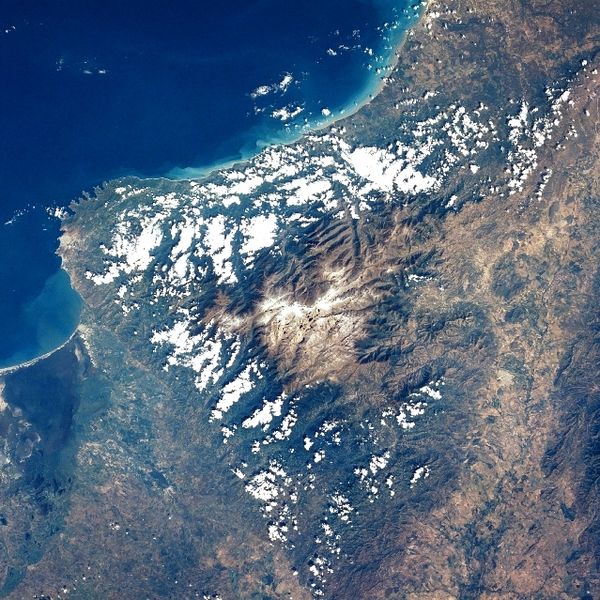 La Sierra Nevada is the worldâ€™s tallest coastal mountain with an altitude of 18,942-foot (5,775-meters). After the missionars came everything changed for the South-American native people called â€œTayronaâ€. The missionars enslaved many of them and forced them to work for them. As the Spanish “conquistadores” saw that theÂ indigenous people were working hard but they couldn`t notice any kind of fatigue. Through this unusual observation they started to condemn the native people by telling the locals and spanish people that the native people would kidnap their women to use them for their black magic rituals.Â Until this day most of the Colombians still believe this lie and don`t know their ancestors. In school the Colombians are being told that the native people are primitive people just some “brujos”. That`s the spanish word for witchers. They invented stories about this ancient tribe to let the locals loose the interest in visitng these beautiful and stunning people.Â The spanish people prohibited the cultivation of their original and sacred foods like coca, quinoa, maca, amaranth ect, while some of the native people fled to higher regions of the mountain and continued the cultivation of their foods. 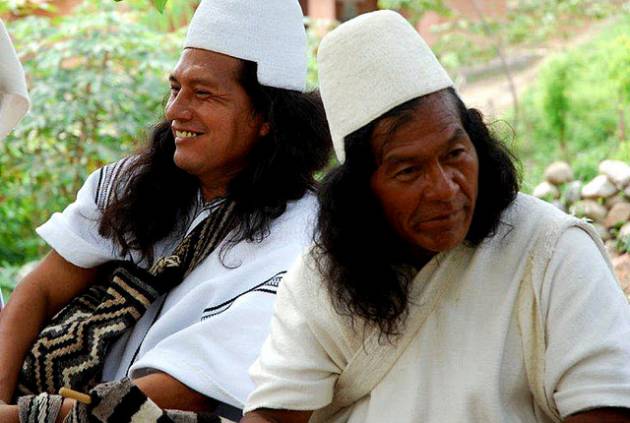 These indigenous people have faced centuries of land-grabbing, exploitation and abuse.Until today there are still 45 000 indigenous people in Colombia. Including the Kogis, Arhuacos, Wiwas and Kankuamos who are living there. The white hats worn by Arhuaco men symbolizes the snowfields of the sacred peaks. The hair on a person’s body echos the forest trees that cover the mountain flanks. Unitl this day the indigenous people of Colombia conservate the paradise called La Sierra Nevada and are living in harmony with nature. 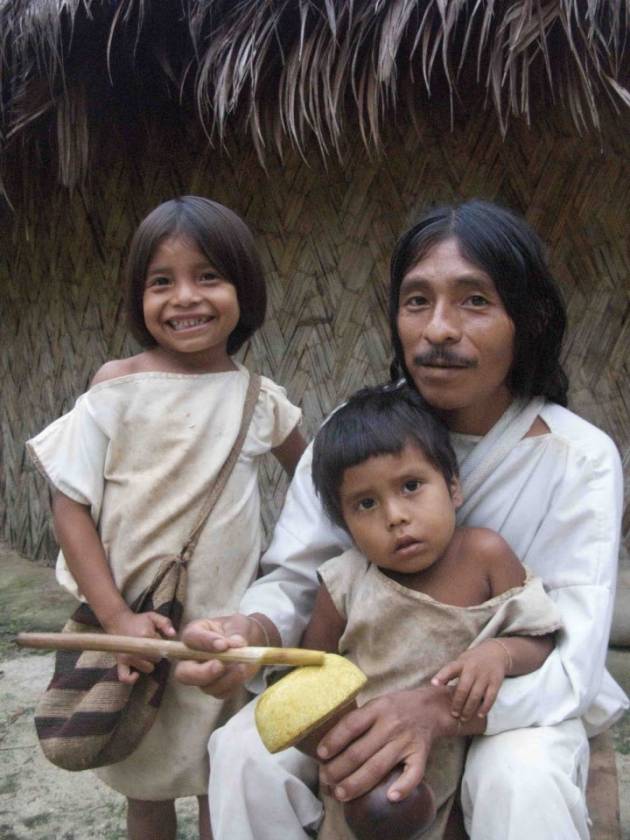 Do you see this equipment which this man is holding? That`s the “proporo”, the traditional device and storage for small amounts of lime. Read our article about the coca leaves here: If you are considering to visit “La sierra nevada” and to see the native people, we recommend you to be respectful. Keep in mind that you have the oportunity to meet highly spiritual, beautiful and peaceful living spirits. Most of the tourists seem to see them just as another tourist attractions.Â Help to preserve this sacred place of the region by notÂ leavingÂ any waste. 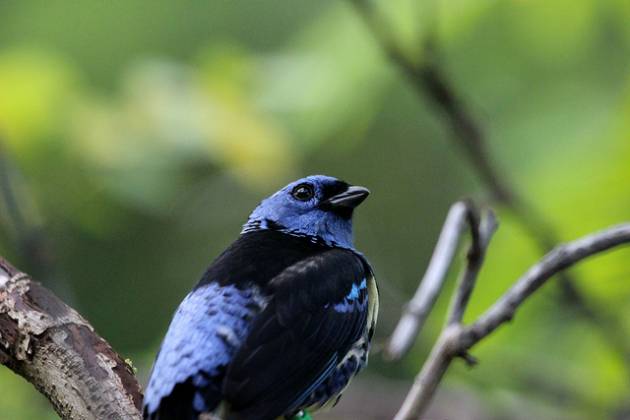 Exclusive animals like jaguars, pumas, beautiful birds, snakes and spiders. About 46 different types of amphibians an reptiles which live totally isolated on an altitude of 3000 meters have envolved here.