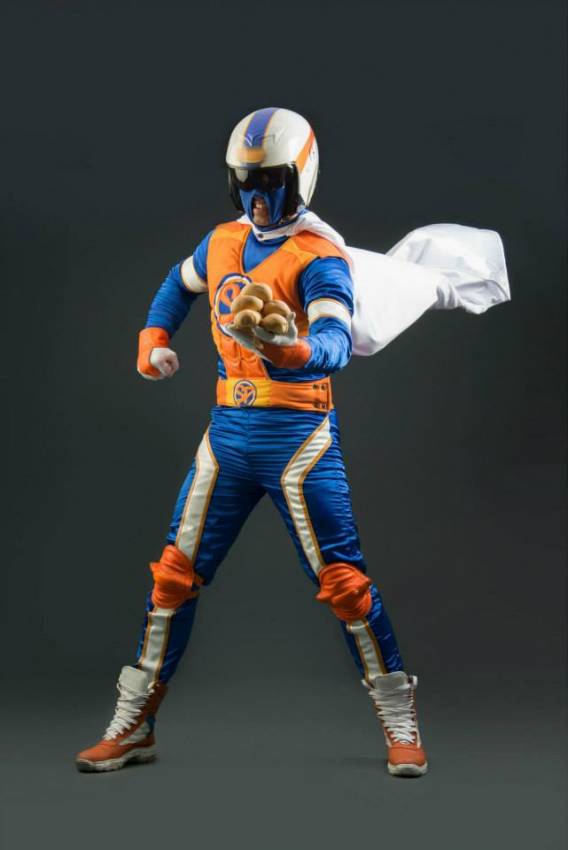 Super PanÂ drives the streets of the city Bucamaranga, located in the north of Colombia, on his VespaÂ moped, dubbed Ves-pan, on Mondays, Wednesdays and FridayÂ delivering daily bread accompanied with words of encouragement to people living on the street. 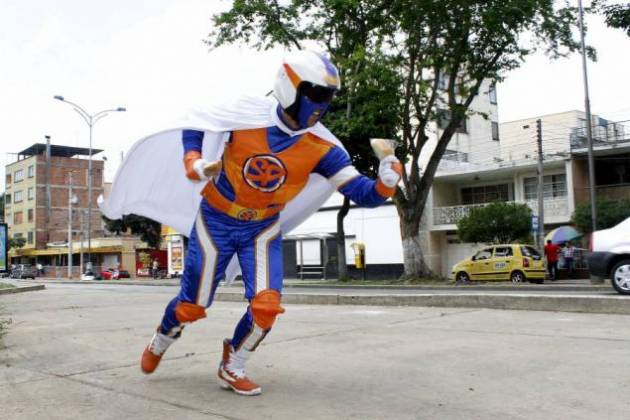 He brings the citizens of Bucamaranga bread (pan in Spanish) out of a box on the back of his moped wearing a blue and orange suit while his shiny white cape is flaunting in the wind. Where Batman has the Batmobile and Superman can fly, the super powerÂ of Super Pan is compassion andÂ generosity.

Super Pan is not part of some political advertising campaign. He is just a citizen trying to help people that haveÂ to live on the street. 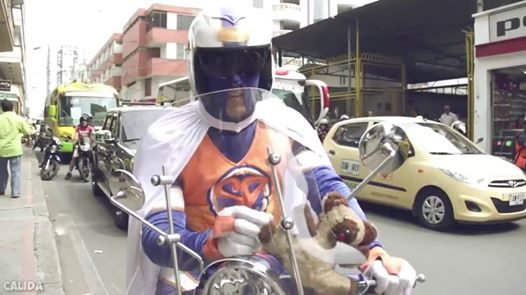 According to ColombiaÂ´s biggest newspaper El Tiempo, Super Pan receives some verbal abuse when doing his rounds, but fortunately most people honk and congratulate him when he is on the road.
But Super Pan is not seeking recognition. â€œI just want to die in the suit helping those in need,â€ he told El Tiempo.

The newspaper reported Super Pan does not yet have a girlfriend but is still waiting for his perfect partner, for whom he has designed a suit, so the two can fight hunger together.