The medicinal properities of coca leaves 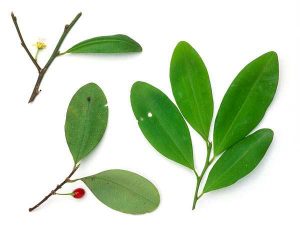 The coca leaf itself is an innocent medicinal plant.

Colombian indigenos people and their neignbours from the andes have long used the coca leaf for medicinal properties and in sacred spiritual ceremonies. Recently, it was discovered that the coca leaf was utilized 8000 years ago.
The Colombian arhuacos from the sierra nevada de Santa Marta, chew on coca leaves all day and night. Every day.Â They were first used by members of the Inca civilization in the Andes mountains, who believed the coca plant was a gift from the gods.

So how can it be that bad?

The notable physical effect of coca leaves is mainly due to its alkaloids. So far, 14 have been isolated from the various varieties of coca plants:

So you see the Coca leaf itself is actually really healthy.

In 1978 , Dr. Andrew Weil of the Botanical Museum of Harvard University , USA , published a study, ” Coca Leaf as Therapeutic Agent ‘ which reveals to the coca leaf the following therapeutic properties:

1 As a natural remedy for stomach problems. The Coca leaf purifies and relaxes the muscles. No negative side effects.

2 As coffee substitute. Coca works equally stimulating the central nervous system, but does not cause stomach or bloody circulation problems, nor it is addictive.

3. As antidepressant. The effect of the absorbion is much faster than with chemical preparations and does not cause the typical efect of cocaine.

4. In the treatment of acute and chronic fatigue caused by overexertion or stress.

5. Â In weight loosing programs or in movement therapies. The consumption of coca leaf promotes physical activity, but is also nutritious.

6. As a natural resource for people who perform physical work or strenuous sports. (Coca leaves tea can be used asÂ an natural energy drink.)

7. As a tonic for people who use their voice a lot , like singers and artists.

8. As a treatment for toothache and mouth ulcers.

How is the Coca leaf consumed ? 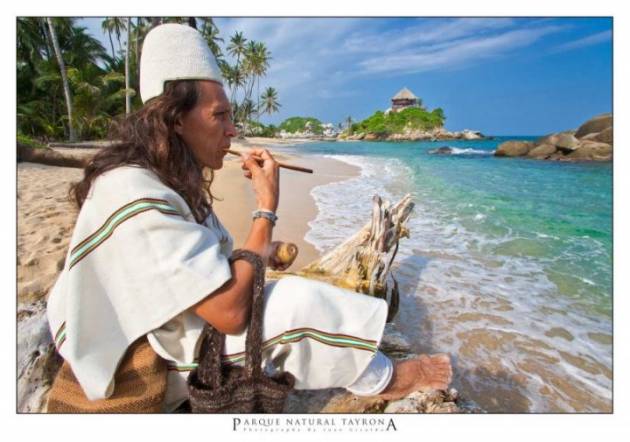 Arhuaco in the Natural Park of Tayrona

Each man carries a bag of the leaves, which are chewed to create a mildly stimulating effect. Similar to the effect of cocain but more balanced and milder.
When two men meet, a handful of leaves is exchanged as a sign of mutual respect.

A hollowed-out gourd called a â€˜poporoâ€™ contains crushed seashells. A stick is used to transfer the powder to the wad of coca in the mouth â€“ the highly alkaline shells react with the coca to stimulate its active ingredients.
The effect of the coca leaves is increased by adding the seashell powder.
Surplus powder is rubbed on the neck of the poporo â€“ over time, this becomes a thick collar.

The effect of the coca leaves chewed with the seashell powder is different than drinking the tea.

Personally, IÂ´ve experienced following effects from chewing the leaves with the seashell powder:

The tea has similar effects as desribed above but milder.

Following coca products can be bought in Colombia

The coca leaf is legal in Colombia and following products can be purchased: 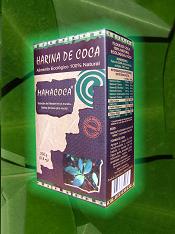 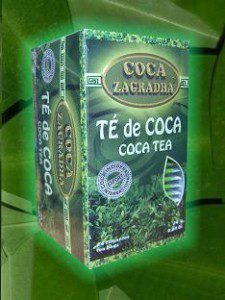 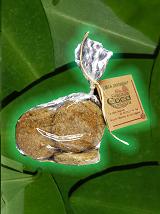 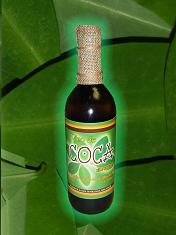 While your visitingÂ Colombia tryÂ Â its marvelous coca products!
You can purchase the upper and more products here:
http://cocazagradha.org/