The never ending guerilla wars, kidnappings and the drug lords all this has contributed that
Colombia has the reputation as being a dangerous place to visit.

Hollywood has only contributed to this view of Colombia.
This is also why the most foreigners still have these drugs wars and guerilla scenes in their heads when thinking of Colombia.

Security has improved a lot in Colombia in the last 30 years.
The drug wars and the shootouts like at the time of Pablo Escobar are something of the past.
This has nothing to do to how Colombia is nowadays.

-> UPDATE: Colombia has already come to a peace agreement.

Let me tell you, you can fly down and visit Colombia´s top tourist cities without a doubt and have a great time!

Colombian’s largest cities couldn’t be more different from one another. As a result, I am going to address the topic of safety in Colombian cities on a city-by-city basis. 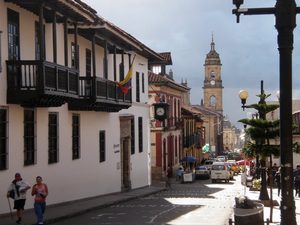 Like most travelers, the first stop of my Colombia trip was Bogotá, the national capital.
Bogota nowadays can be considered as safe as just any other Latin Capital.
In fact, Bogota is the safest place in Colombia.
Of course there are parts in Bogota , which are not so safe, but our tour guide won´t take you there anyway.

La Candelaria, the historical neighborhood where most tourist accommodation is located, can be considered as safe. Also there are many nice upper-class neighbourhoods, where  tourists can move freely.
I felt mostly safe in Bogotá. This was largely due to the huge number of police that patrol Bogotá’s streets.

Cartagena is the most popular city in Colombia for tourists, and is without a doubt at the center of the growth strategy for Colombia’s tourism ministry. Police here, not surprisingly, are even more numerous than they are in Bogotá.

Tourists who stick to Cartagena’s historical center and the posh, Miami-like downtown district of Boca Grande will be safe. It is in the outlying barrios (poor neighborhoods) where danger is present.

The drug barons who up until the mid-90´s held Colombia under siege based themselves in Medellín, and it is for this reason that Colombia’s most modern city has a reputation as being so dangerous.

However this is about 20 years ago, and Medellin has changed a lot. It is now one of the most popular tourist locations.

Ironically, it is also because of the money the drug trade brought into the city that Medellín has become so modern and prosperous Medellin is the only city in Colombia which actually has subway.

You can feel save in upper class neighborhoods like EL POBLADO

Police are relatively high in number. 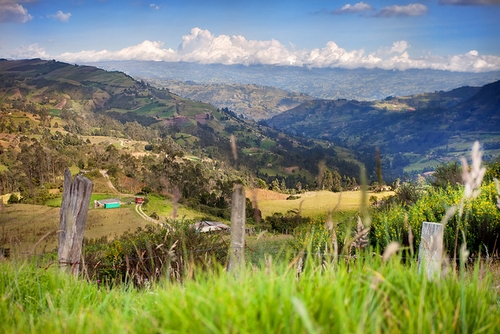 Certain regions of rural Colombia, in particular the jungle regions near Colombia’s borders with Ecuador, Brazil and Venezuela, are known as bases for the drug cartels that used to hang out in Medellín.

We don´t recommend travelling to rural areas in Colombia unless you have an experienced tour guide.

Overall, I would say Colombia is about as safe as anywhere else I’ve traveled in South America. This being said, adopting certain best practices can help make sure you stay safe when you travel in Colombia.

If you´ve never been to South America and you don´t speak any Spanish, we recommed our Bogota Tour.
While having your personal tour guide and interpreter you´ll also have the opportunity to meet many beautiful Colombian women during your stay.

As a general rule, you should never get into a taxi unless someone you trust has called it for you.
– We have personal drivers that we trust, and we know the trustworthy taxi companies in Bogota.
– Our tour guide will take care of you during your stay and he will be advise how to behave during your stay.
– In general it´s just the normal precaution practices, like when travelling to any other South American capital.

VISIT COLOMBIA WITH OUR BOGOTA TOUR