9 Reasons why Colombia is our favourite team

1. James Rodriguez
The 22-year-old has been one of the stars of the tournament so far, his irresistably creative playmaking linking up Colombia’s attack and midfield whenever called upon.
The South Americans’ effortless attacking owes much to James Rodriguez’s fiery mix of creativity and ruthlessness in front of goal. 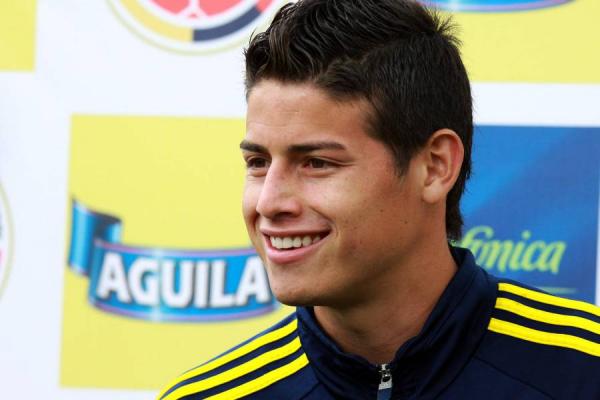 2. Their choreographed celebrations
It took five minutes to work out Colombia would be the best value for entertainment at this World Cup. Pablo Armero struck home from inside the area to kick off their opening 3-0 rout of Greece, and raced over to the dugout with his team-mates.
The whole squad leapt up to do a synchronised dance-and-jump routine, delighting watching fans.
Itâ€™s not like they ran out of ideas after that, either. Each game has featured a new display, from the mass shuffle-dance that James Rodriguez kicked off against Ivory Coast to Juan Cuadradoâ€™s penalty against Japan seemingly sparking homage to Michael Jacksonâ€™s Thriller. More of this, please. 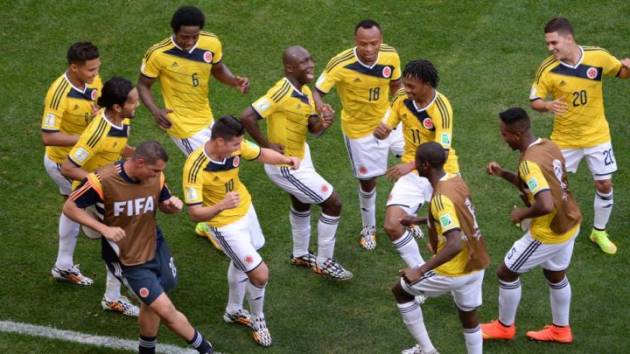 3. Faryd Mondragon
One of the best moments of this incredible World cup so far was seeing Faryd Mondragon make a five-minute substitute appearance against Japan on Tuesday night, robbing Roger Milla of pub-quiz fame by becoming the oldest ever World Cup player at 43 years and three days old.
With top-spot in Group C sewn up, Colombia brought on the veteran keeper, who has appeared in an incredible six World Cup qualifying campaigns dating back to 1993, and was between the sticks when England faced the South Americans in the group stage at France â€˜98. 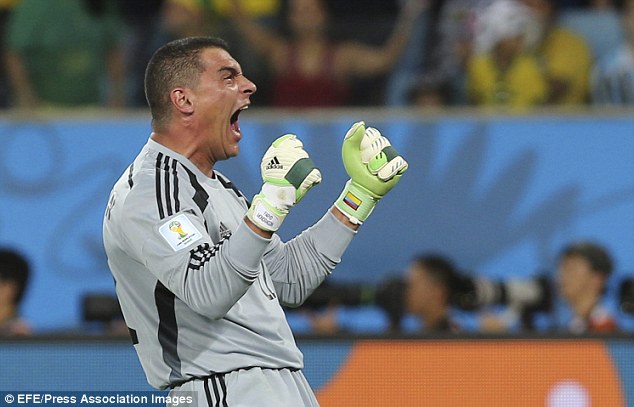 4. Their fans
Ahem. They say a picture is worth a thousand words, so here you go: 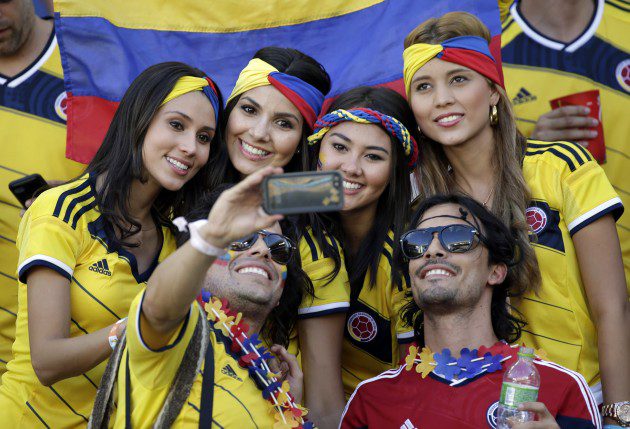 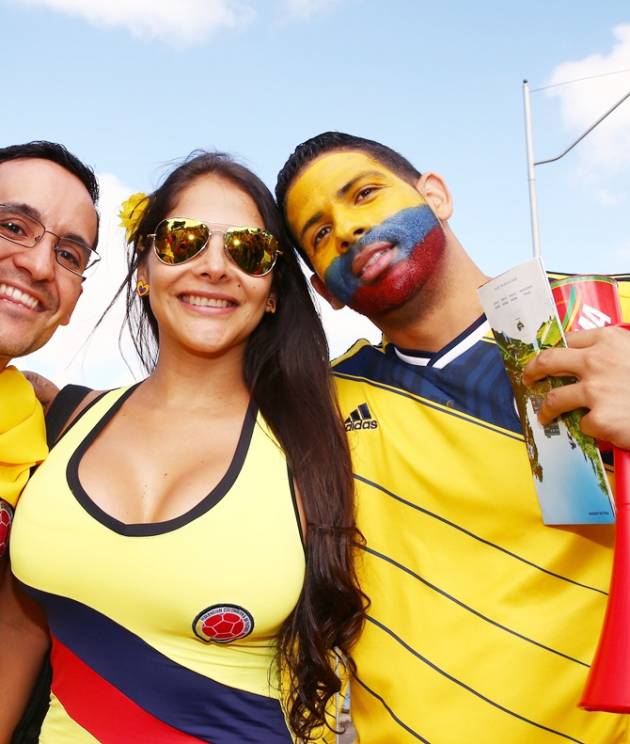 5. Juan Cuadrado
All the headlines have been about James Rodriguez and Jackson Martinez, but flying winger Cuadadro has done just as much to propel his side to three excellent games.
His ruthless trickery and ability to get behind defences have been the cause of much of Colombia’s break-neck counter-attacking.
Fiorentina shelled out Â£15million to make his move to La Viola permanent in the summer, but if he keeps up his form there will surely be top club sniffing around. 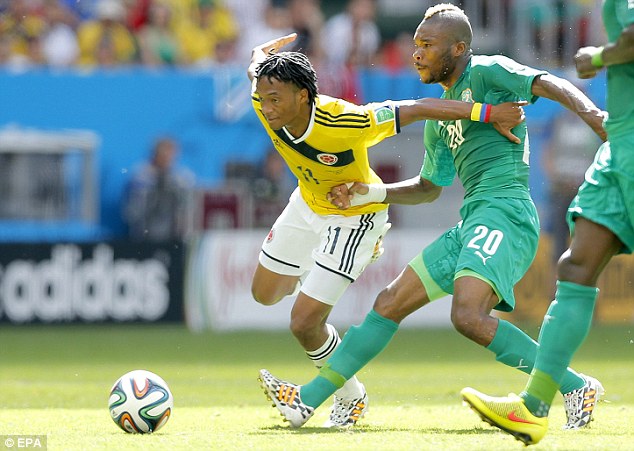 6. They donâ€™t even need Falcao
The hopes of an entire nation were pinned on the knee surgery of the undoubted superstar of Colombian football, Monaco striker Radamel Falcao.
Fans and office sweepstake-punters alike cursed in frustration when, despite making Jose Pekermanâ€™s initial 30-man squad, did not recover in time from a cruciate ligament injury sustained back in January. 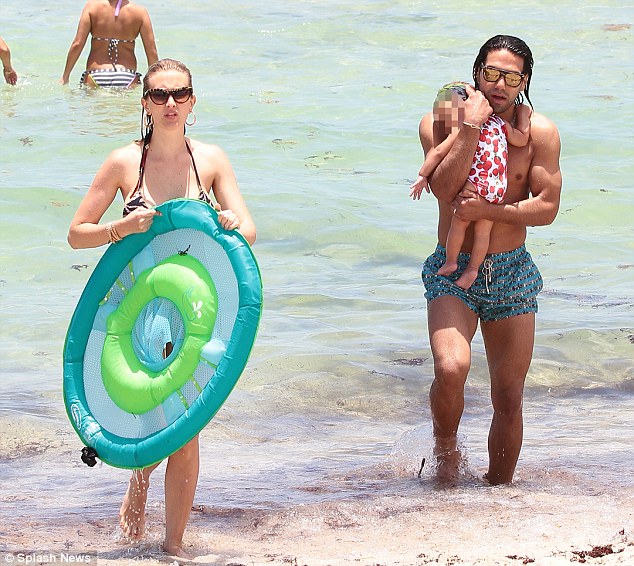 Falcaoâ€™s injury seemed to scupper pre-tournament hopes that Colombia could be this summerâ€™s dark horses, but the way players like Jackson Martinez and Teo Gutierrez have stepped up has been admirable.
Just imagine what theyâ€™d be like with him.

7. Carlos Valderrama is in Brazil supporting them

Mention the name â€˜Colombiaâ€™ to any football fan above a certain age and theyâ€™ll still all think of one man â€“ Carlos Valderrama.
Still a national hero, Valderramaâ€™s incredible blonde mop was the iconic feature of the Colombia teams of the 1990s, where his stunning array of passing made him the creative hub in the No 10 role.
The legendary midfielder â€“ big hair and moustache still intact â€“ is in Brazil supporting his side, working as a media pundit and even appeared on Diego Maradonaâ€™s World Cup chat show. 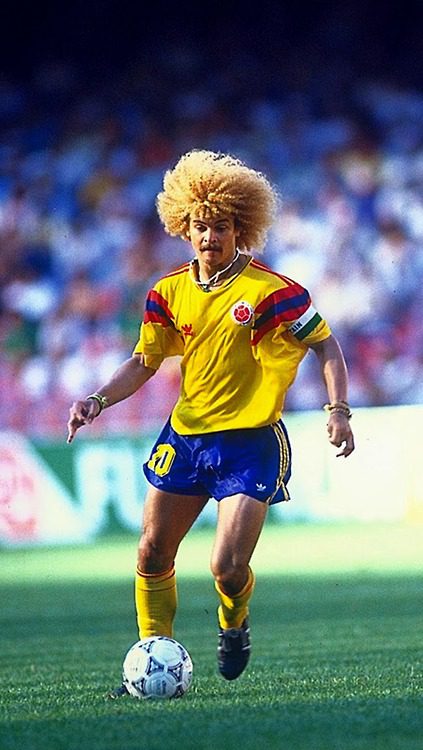 8. Jose Pekerman
The boss is the level head to his players’ free-flowing attacking abandon.
This Colombian revolution – home to the most exciting players the country has produced since the 1990s ‘golden generation’ – is all down to the foundations laid by Pekerman in 2011.
Every interview is about not getting carried away and building slowly – while getting to the last 16 was ‘the result of work and patience of all the players and a whole country’s support.’
This exciting team didn’t happen overnight, it’s the result of years of careful nurturing by Pekerman – the type of planning and organic growth Roy Hodgson and any number of FA Comissions can only dream of. 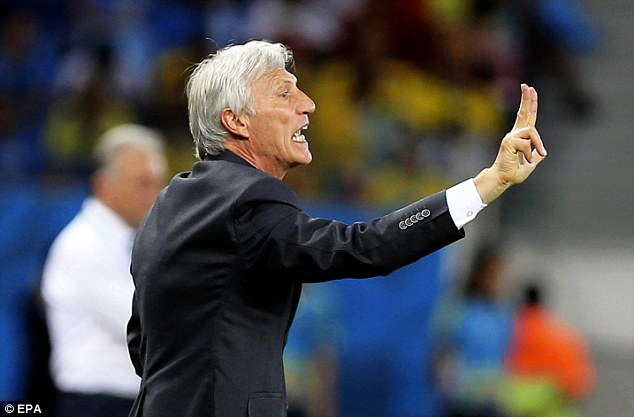 9. Theyâ€™re the best team wearing yellow (sorry, Brazil)
While this has undoubtedly been the most exciting World Cup so far in recent memory, the hosts havenâ€™t really turned up yet.
True, Neymar and Brazil turned on the style in the final group game against a woeful Cameroon side, but we havenâ€™t seen the nearly the kind of excitement expected from the pre-tournament favourites.
Colombia have more than stepped into their role, their bright-yellow bedecked fans going wild while their side flicks, tricks, dances and ruthlessly outscores the opposition. 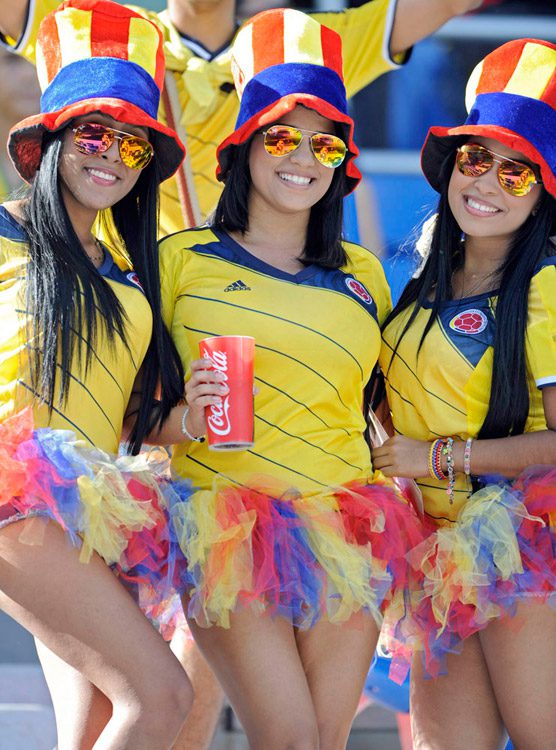