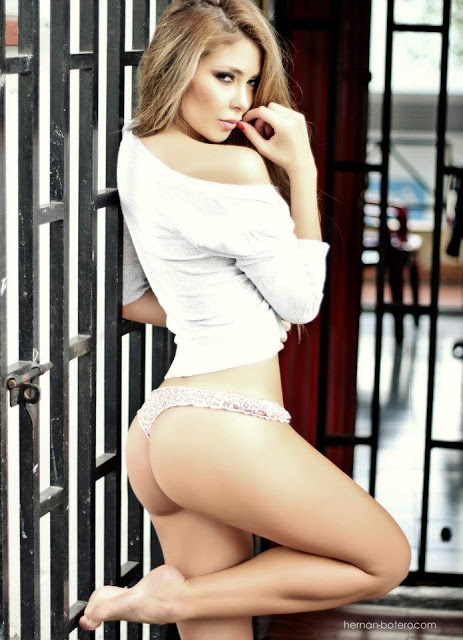 1. Do not be impatient

Like in other Latin countries punctuality isn´t taken too serious. In big Colombian cities like Bogota traffic is very chaotic and traffic jams can happen anytime. It´s difficult to be at meetings in time. In Colombia delays of 20 – 40 minutes are acceptable.

Like women in other Latin countries, Colombian women have very traditional values on religion and christianity. Many Colombian women do not accept “One-night-stands” before marriage. Others don´t have a problem with it, but lets say in many traditional Colombian families a woman who has intercourse before marriage is seen as a whore. In Colombia it´s unlikely that a women will have a one-night-stand with one after the first date, like in the USA. It doesn´t happen so often. They just not that liberal minded in Colombia.

3. Do not tell her that you do not believe in God

Even if you are an atheist, never tell her that you do not believe in God. Especially not in the presence of her family, it would immediately disqualify you as a potential candidate and they would see you as the devil himself.

4. Don´t brag about your money

If a latin girl is only interested in money and nothing else, she must be in extremely poor conditions.  The mayority of the ladies from this site live in good conditions and have good jobs, for Colombian standards. If you only brag about your money, you will appear less attractive to the most Colombian women because “bigheadedness” is not an attractive attribute and you can attract the wrong kind of women. If you think all they care about is money you are wrong. The ladies in Colombia also have standards and values even if there are a little bit lower, compared to the standards of women in other countries.
Even for your own safety you should never brag about your money in Colombia.
If you meet a woman in Colombia you will want to find out if she is interested in you as a person. You don´t want to be with a woman that only stays with you because of your money.
Even if you are a millionare, its better to be discreet and not to show her that you have money.

Don´t brag about your money but also don´t be stingy at the same time. Colombian women really appreciate little details like paying her taxi, a beer, a cocktail in a nice bar or even lunch or dinner. You have to understand that most Colombian guys can not offer her more than a coffee. You as a foreigner have to offer her a little more, to show that you care about her. Having a cocktail in a good bar with a foreign man can be a very special “once in a life-time” experience for a Colombian Girl, but be careful and do not be too generous! Most Colombian girls are decent, but there is a small percentage that keep asking for more and more, they just want to take advantage from you being too generous and that´s not a good sign. On the other side, if you are too stingy, most Colombian women would be dissapointed.

You have too see it from this point of view: Colombia is a country with a very low salary, women earn even less than men in the same jobs and positions, nevertherless, the cost of living is not as low as it should be. In fact its too high. In other words most Colombians just earn enough to survive. So if she spends an other 10000 pesos ( about 5 dollars ) to meet you, that is an investment for her, because she can live 2 days on 10000 pesos. Also sometimes the ladies have to take a 2,5 – 3 hours busride to get to the date. Thats why its important to show her that you appreciate that she came to see you. Because you are a foreigner she will expect a little more from you than just a cup of coffee for 500 pesos ( 20 cent ), because that´s what a Colombian guy would invest in her.

6. Don´t make her feel like at a job interview

Some men that take our tour, think they have to do some kind of interviews with the ladies. Basically they ask every lady the meet the same questions but in a serious and formal manner. They make the ladies feel that they have to qualify for a job or something and that is not good…

There is nothing wrong about asking them questions that are important to you, like “Do you want kids ect…” because you should qualify them, but do it in a relaxed kind of atmosphere, in a natural conversation, without pressure or anything. Make sure that the lady feels comfortable.

Are you interested in meeting Colombian women in Colombia ?