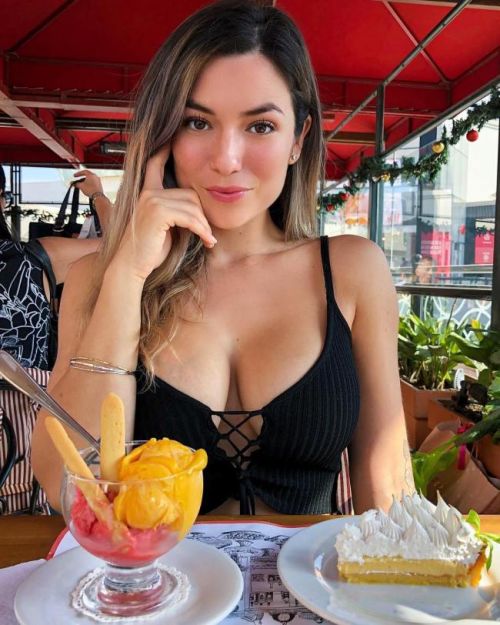 Have you never been married and you have reached the point in your life, where you would like to settle down with a family oriented lady?
Or are you divorced looking for a new love? Find out why Latin Women are 100 % wife material

You might have come across Latin Women, but maybe you are not 100% sure if Latin women do have the potential to be wife material. It is also important to mention that, Latin Women IN Latin America are very different to Latin women who are born and raised in the USA.

In this article we want to explain why Latin Women, in particular Colombian Women are 100% wife material.

If you are looking for a foreign wife, you probably are seeking qualities that are hard to find in your local women.
Maybe you prefer beautiful younger women, or just women that are simple and down to earth.
In most cases you are seeking a woman with family values.

Latin women do have following qualities, which makes them great wifes:

Latinas often live in very difficult situations, where other women would just be depressed.
Not Colombian women, they are just naturally joyous and optimistic all the time despite the harshest enviroments.
If you let a Latin woman into your life, she will spark up your life. 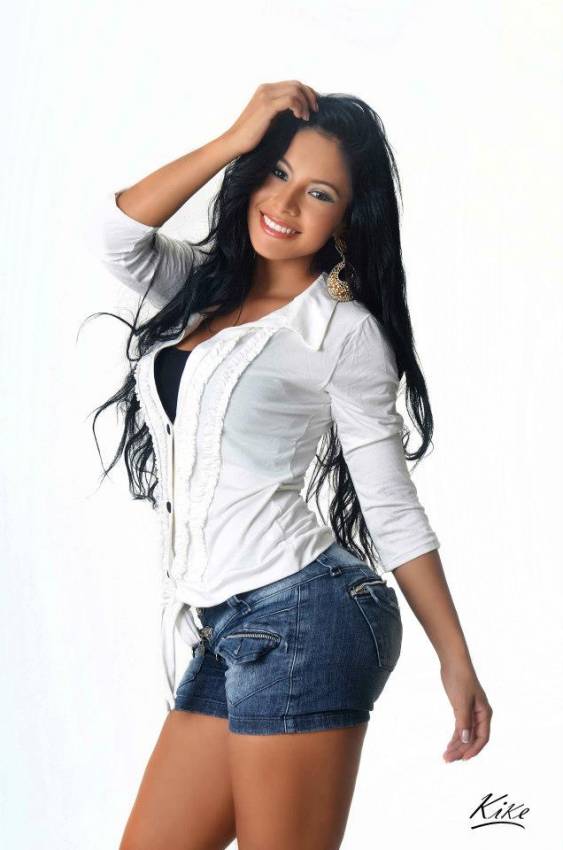 GET STARTED! 2. Where your local women might be apathetic, narrow minded and cold. Latin women are loving, tender, warm, affectionate and friendly by nature.

3. Latin women are traditional and do have manners. Latin women take it for granted to spoil their husbands and kids all the time, without nagging. They are thaught to do all the chores since a very young age. This includes that many latin women are also great cooks.

4. Where others would have just lost any sense, due to the lack of opportunities in Latin countries, latin women are enterprising, hardworking, dynamic, very persistent and have a high sense of responsibility, even though it is very hard for Latin women to get anywhere with their careers or be accepted in the mostly macho-dominated professional life.

Many Latinas are smart and studious, they are very dedicated to their work AND their studies.
Since, as mentioned above, it is very hard in Latin countries to get somewhere, at least a high percentage of women in mayor latin cities  like Bogota study and work at the same time. 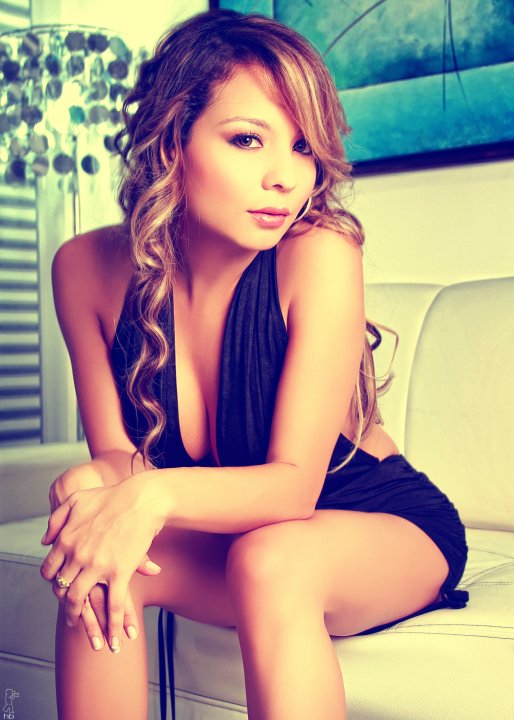 GET STARTED! This is a great advantage if you are looking for a wife with some aspirations to get somewhere in life AND be a great wife or mother at the same time!

5. Latinas are very romantic, they maintain an emotional balance even in the most difficult situations.
Many women in the USA or Europe just don´t have a sense for romance anymore. Nowadays romance is seen as something oldfashioned and cheesy. If you are a romance lover, latin women are just right for you.

7. Latin Women do want kids. If you´re looking for a family oriented woman, you probably will also want to have a family with kids? If you do, chances are great that your Colombian wife will want to have kids with you and not only having them, but also being a great mom for them.

8. Latina women are also very loyal. Once they are married they take loyalty very serious. They expect their men to
be  loyal and they in return will be loyal aswell. This is something deeply rooted in their traditional and mostly catholic or christian believes. Unfortunately loyal men are very rare in Latin America. In fact
its the biggest longing of a Latin Woman is to find a loyal man. This is why many are looking for foreign men. 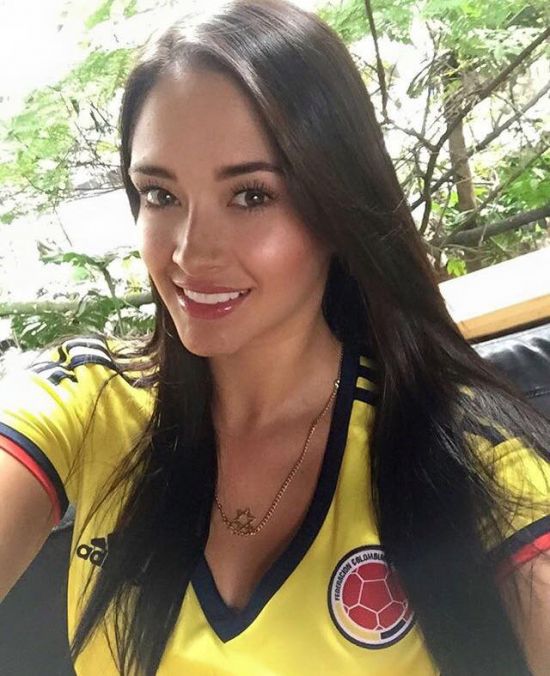 Loyality is a big topic for most Latin women. If you want it to work with a Latin women, you can not have a “Open realtionship” where they guy is still allowed to flirt or date with other women. She has to be the only woman.

For Latin women Family is everything. The majority of Latin women and men live with their parents until the get married, some even continue living with their parents after marriage!
For Latin women it´s normal to spend a lot of time with the immediate family even after moving out of the house. As a matter of fact, its rare to find a Latin woman or man living alone.
This also have something to do with the low salaries and the high rents in some Latin American cities like Bogota. 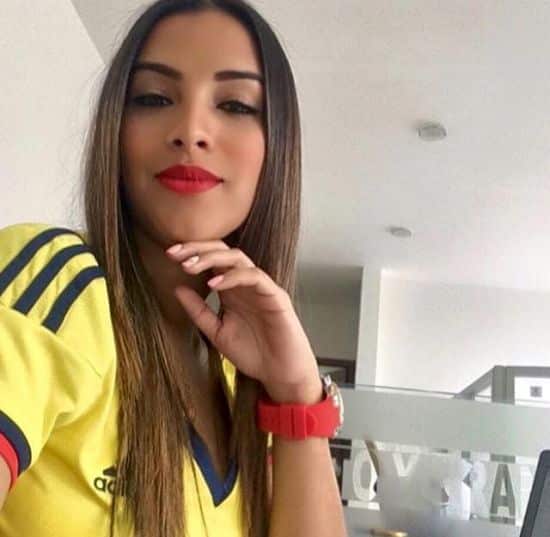 Things To avoid when Dating Latin women in Latin America

Don´t be impatient !
In Latin American cities like Mexico city traffic is chaotic and traffic jams do happen all the time. It´s difficult to be punctual. Delays are nothing uncommon when dating Latin women in their country.

Be generous but within limits.
Latin women really appreciate those little details like paying her taxi, or a drink in a nice bar or cafe or even lunch or dinner. You have to understand that most Latin men can not offer her much because they are broke all the time.
Latin women expect that Gringos have to offer her a little more than local guys. Being invited for a cocktail in a upper class bar or restaurant with a foreign gentlemen can be special experience for a Latin woman.

On the other side you shouldn´t be “too generous” because some Latina may take advantage of your generosity. Most Latinas are decent, but there is a small percentage that will take the chance and keep asking for more.
Don´t brag about your money but also don´t be stingy.
However, if you are stingy, most Latina women will loose interest very quickly.
Its not that they only care for the money, but by investing some money in her these women feel valued.

Like in all poor countries there will be gold diggers, just interested in your money, but this is only a small percentage, not all Latina women are JUST interested in money.
If you only brag about your money and assests, you will attrack gold diggers like a magnet but not only in Latin American but in any poor country.

In fact, if you brag with your wealth, you can even appear less attractive to somen Latin women, because they get the idea that you are making her understand, that you can have just any Latina if you wanted, because of your money.
Decent Latinas can feel offend by such behaviour.

Even for your own safety you should never brag about your money in Latin America.
You never know the real background, intention and friends of that latina you are dating. 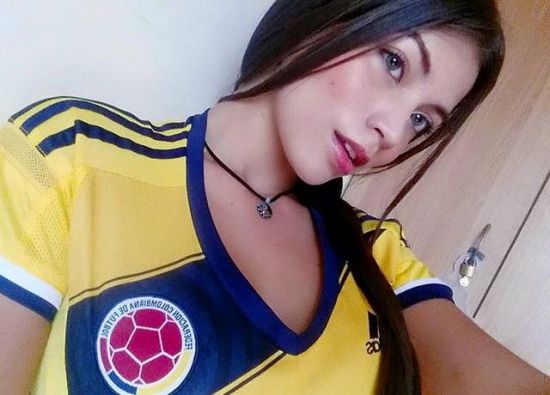 I can understand the situation. You finally found a hot Latin girl that is willing to do the next step, but hold on a secound.

I´ts common sense, but many American men that are seeking Latin Women for marriage tend to become engaged the first Latina that gives them attention as soon as possible.

You should take your time and investigate your Latin woman thoroughly and also consider other options before even considering the next step.

– Is she actually interested in you as a person or just in your money ?

– Doe she have kids ?
– Are you sure you want to give financial support or even adopt her kids and live with them in your country,
if you could find a Latin Woman without kids?

The best way to find out is to invite her to your country and live with her for a couple of weeks / months.
Before marriage make sure that you contact a good lawyer in order to set up a bulletproof prenup in order to protect your assets.
This should be always a must when considering marriage with a woman from a less developed foreign country.

If you are seeking a Latin wife from South America professional guidance and support is 100% necessary.

Also due to safety issues, visiting certain Latin countries alone is not recommendable, therefore the solution with the highest success rate is to meet marriage Latin Women is through a Personal Matchmaking Service. 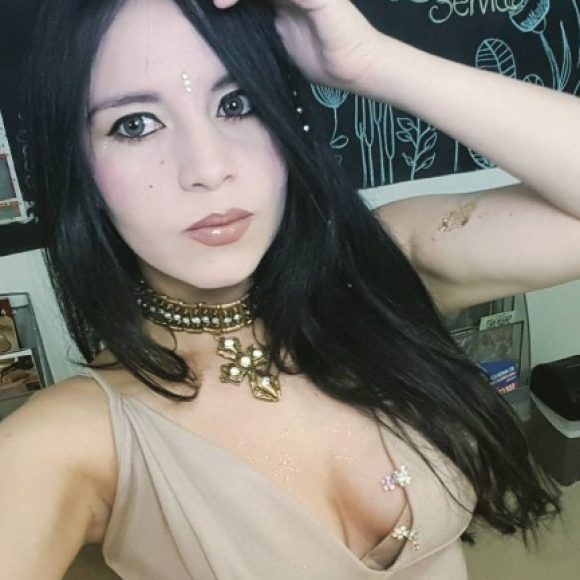 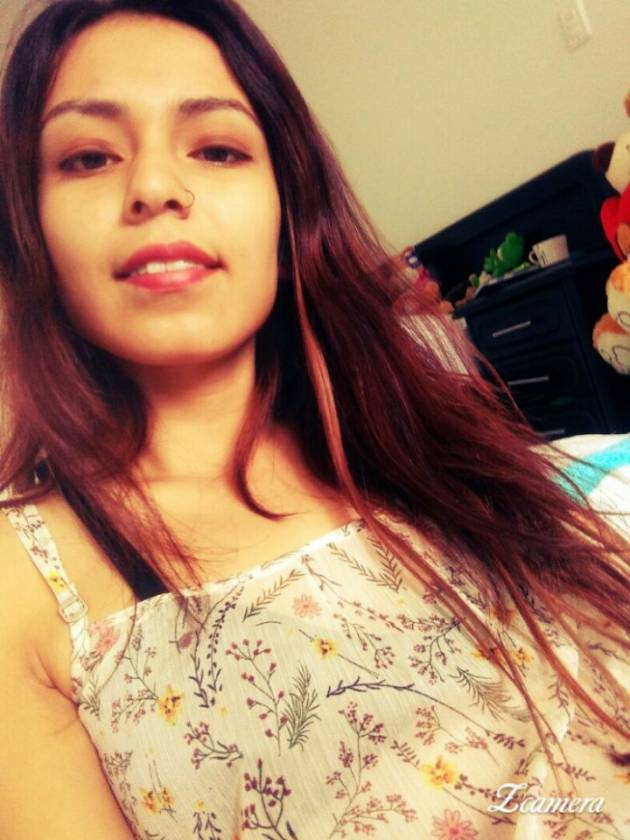 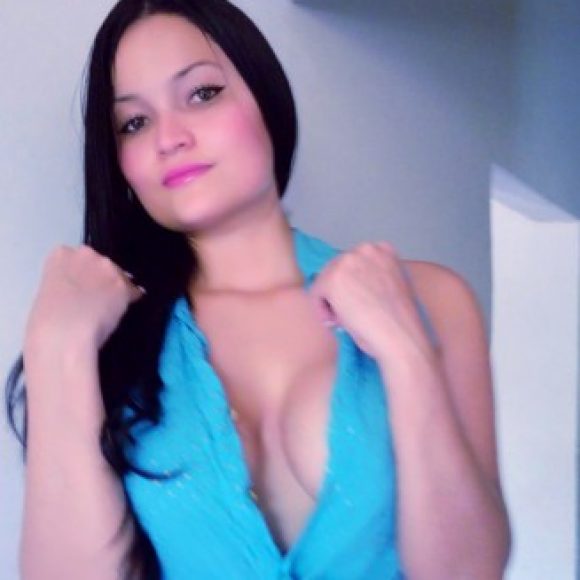 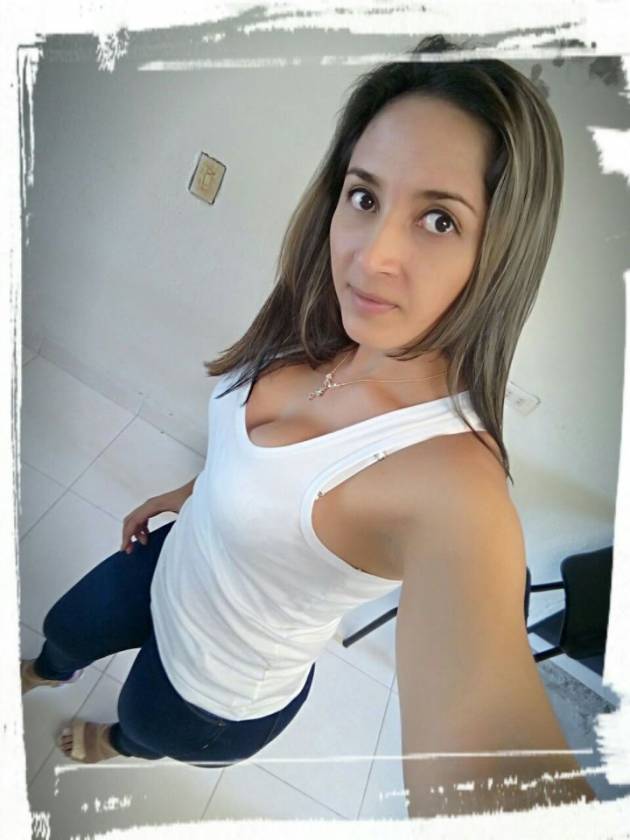 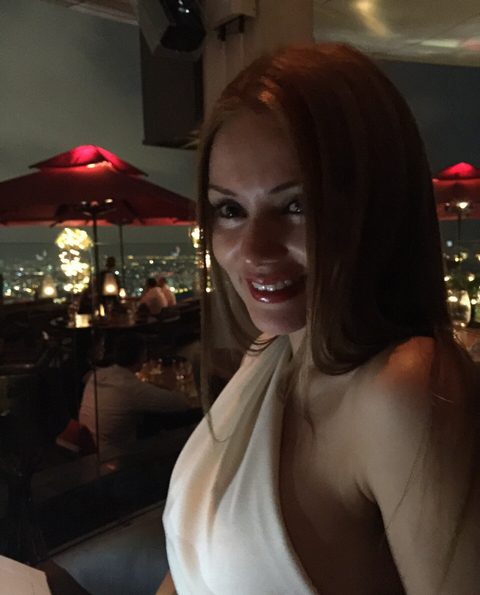 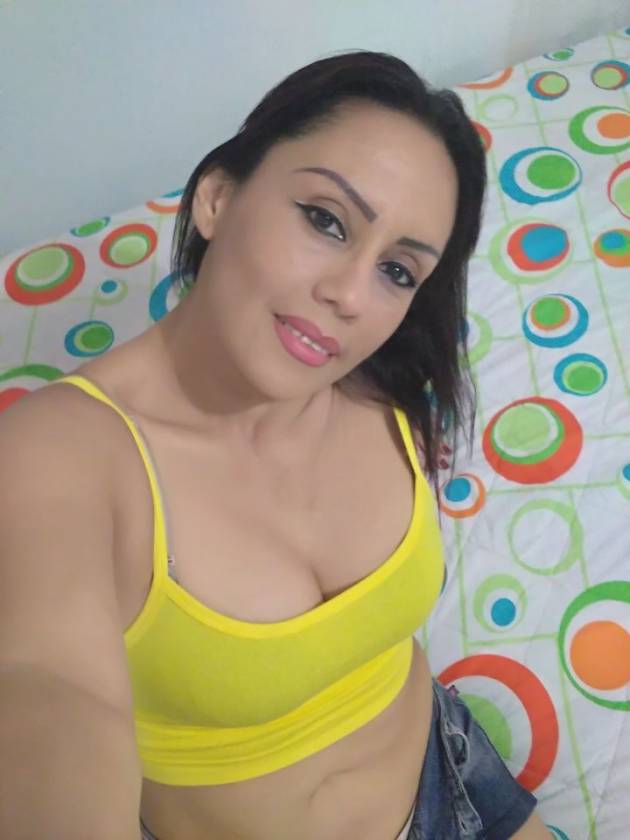