Following tourist attractions are included in our BOGOTA-VIP-TOUR. Find out more. Our interpreter and tour guide will be glad to accompany you and your date to following locations: 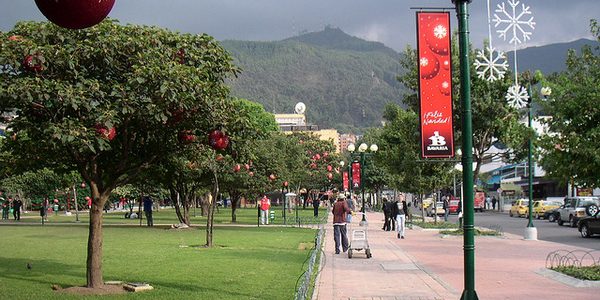 93 Park or 93rd Street Park (Parque de la calle 93, commonly known as Parque de la 93) is a Commercial and recreation park located over the 93 Street in the north of Bogota, Colombia. Is one of Bogota’s most popular shopping, night clubs and restaurant areas. The park and its surroundings are commonly known as Zona Rosa (Pink Zone) a Spanish slang term for an upscale neighborhood or zone. 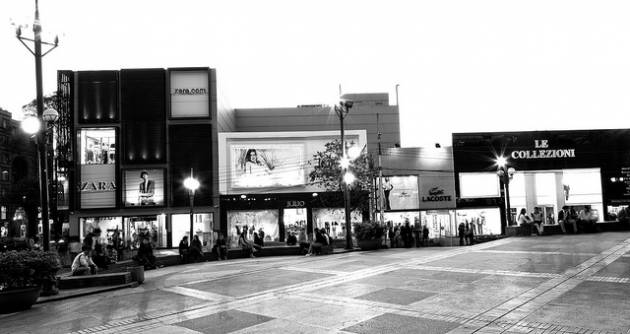 You´ll find Bogota´s plush “Pink Zone” amidst the glittering malls and soaring skyscrapers roughly between Calles 79 and 85 and Carreras 11 and 15. This is the capital´s most exclusive shopping district ”Versace, Louis Vuitton, Bulgari and so on” and home to some of the city´s best restaurants. You´re here for the nightlife, which ranges from cozy pubs serving handcrafted brews like the laid-back Bogota Beer Company, to trendy dance clubs that go all night long. Dress to impress and expect to pay a steep a cover if you´re headed to hot spots like Penthouse, Alma or Dlirio. Ask around about live music, or head to Salome Pagana for spicy salsa dancing. 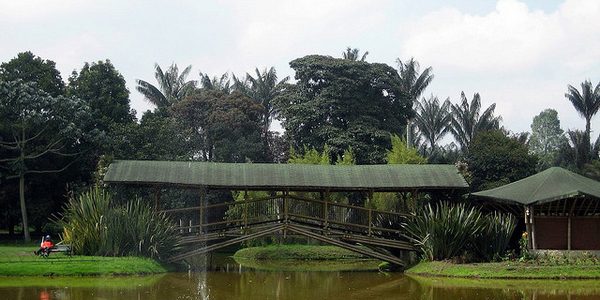 This beautiful garden, get his name from the Spanish scientific Jose Celestino Mutis, who was designated to find, search and clasified flowers and animals of Nueva Granada, founded in 1955 by the Colombian scientific Enrique Perez Arbelaez. Here we can find all the flower’s diversity of our Country in one place, so that it becomes in a mandatory visit point in Bogota. This garden has 19 hectares, where not only is all the flora in our country, but also to promote the protection of species in danger of extinction. This park is considered the green lung of Bogota, since this is a big city, needs areas like this one for the oxigenation. 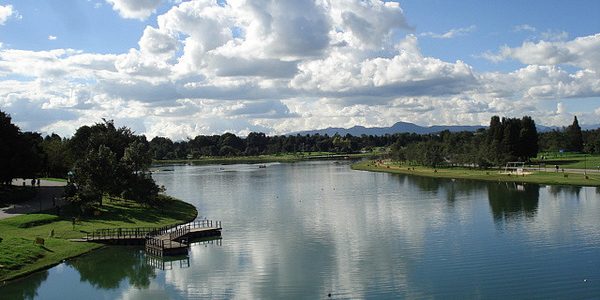 The Simon Bolivar Metropolitan Park is located in the center of Bogota, Colombia and is surrounded by some of the main avenues. It is the largest park in an urban area. It is formed by five smaller parks. The Simon Bolivar, El Salitre, Parque de los Novios, Unidad Deportiva El Salitre and Jardi­n Botanico Jose Celestino Mutis. The system includes artificial lakes, 2 parks, a children’s museum and the Colosseum. In total, the Simon Bolivar Metropolitan Park is about 380 to 400 acres. It is bigger than Central Park in New York. Yet there are sounds that the want to built a larger park in Bogota for the hosting of major concerts. The park is best known for “Rock al parque”. A free rock concert which is organized in the park for 13 years. Concerts at the park have a maximum number of 120 thousand visitors. In February 2008, the British band Iron Maiden had a gig in the park. 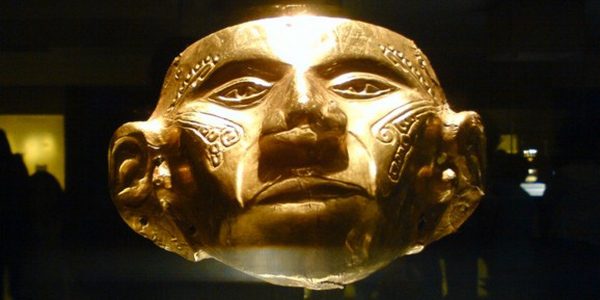 The Museo del Oro in Santa de Bogota, Colombia, offers a splendid presentation of more than 33,000 items of gold and emeralds and other precious materials crafted in pre-Hispanic times. The Gold Museum, part of the Bank of the Republic of Colombia, preserves and protects this fabulous cultural legacy. The most important museum of its kind anywhere, Museo del Oro showcases the work of ancient peoples who believed gold is the materialization of the life-giving energy from Father Sun. The Tumaco, Calima, Malagana, Cauca, San Agusti­n, Tierradentro, Nari6no, Quimbaya and Tolima cultures worked in the southwestern regions of what is now Colombia. The Sino, Uraba, Tairona and Muisca cultures existed in the northern regions and were part of the legend of El Dorado, a cacique, or chieftain, whose body was covered in gold dust for the ceremony of throwing gold into Lake Guatavita as an offering to the gods. Don’t miss the display of the tiny boat showing this ceremony. The collection includes bracelets, earrings, necklaces, breast plates, masks, figurines and rings created from 500 D.C. until the Spanish arrived in the sixteenth century and is displayed in a well-guarded fortress-like room on the top floor. Only twenty people are allowed in at a time. 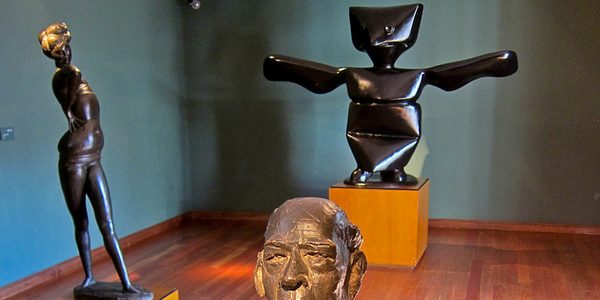 Situated in a renovated colonial house in the heart of Bogota´s historical center, the Botero Museum offers its visitors an art collection of rare quality. The museum was opened in the Candelaria in 2000 after Colombia´s most famous artist Fernando Botero donated 208 works, 123 of his own and 85 by international artists, to the Bank of the Republic´s art collection. The artistic panorama spans from the mid-19th century up to the end of the 20th century. Botero said at the opening of the museum gives me infinite pleasure to know that these works belong today to Colombia, to know that students who enter this house will come into contact with the most important artistic currents of our time, contemplating here ermanently original works by great masters; to know that lovers of painting and sculpture can come to visit this haven of peace and walk quietly through these halls, leaving them flooded with modern aesthetics. His words were no exaggeration, with the first room containing works from almost every notable artist associated with 19th century French Impressionist painting, including Corot, Sisley, Renoir, Monet, and Toulouse-Lautrec. The museum proceeds chronologically, with every room another step forward in time. In the hallway following the Impressionism room is the Salvador Dali sculpture Retrospective bust of a woman from 1933. The Spaniards famous work, which has elements inspired by mid-19th century French art, serves as the bridge to the early 20th-century art in the next room. Here paintings by famous surrealists, such as Ernst, Dali, and Miro are hung alongside cubist works by Leger, Braque, and Picasso. One wall places a Picasso and a Miro side by side, bringing to life the decades-old debate over who is the greatest Spanish artist. 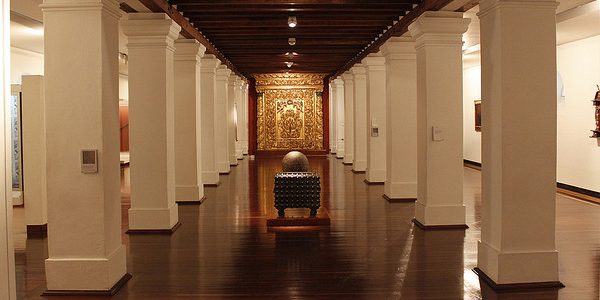 Colombia’s National Museum (Museo Nacional) is located in the heart of Bogota. It’s a sprawling, three-story structure dedicated to history and art.
What´s in the Museum?: Colombia´s National Museum is dedicated to history and art and covers everything from the earliest inhabitants of Colombia to the present. On the lowest floor are rooms filled with ancient pottery and golden ornaments and figurines from long-gone cultures. The museum has sections on the conquest, the colonial era, independence and the republican era. The top floor is dedicated to the modern era, but it´s mostly art and very little history. There is a small gift shop and coffee shop on the first floor.

Highlights of the National Museum: The museum is divided into different sections, some of which are more interesting than others. On the first floor is a vault-like room with golden ornaments and figurines from Colombia’s ancient cultures: it’s interesting if you haven’t already gone to the much more impressive gold museum a few blocks away. The archaeology sections are kind of cool, and the independence section is worth a stop, particularly to see the “many faces of Simon Boli­var” exhibit. The colonial era part is best if you’re a fan of art from that time. On the top floor are some paintings by Botero and other well-known modern Colombian artists. 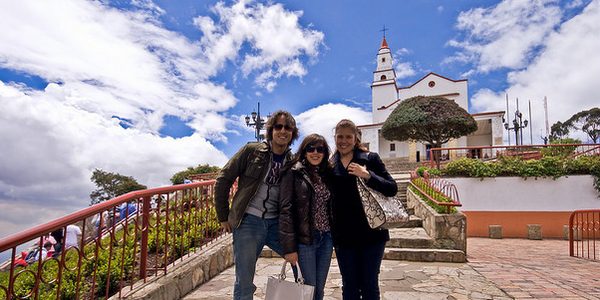 On a clear day, you can take the small tram up Cerro de Monserrate for sweeping views of the capital. A church is situated atop the mountain, as are a bunch of souvenir shops. As you can see in the photo above, after a week of rainy and cloudy weather in Bogota, I gave up on waiting for the perfect day to see Bogotas most famous mountain-top. The Monserrate is a peak overlooking Bogota. You can either walk up or catch the cable car. It is a breathtaking view of the whole city and the mountins on the other side. And is a great place at both day and night (or sunset and get the most of both). It is a bit dangerous walking up, so the cable car is a better idea. And avoid the weekends if you are taking the cable car since it is packed! 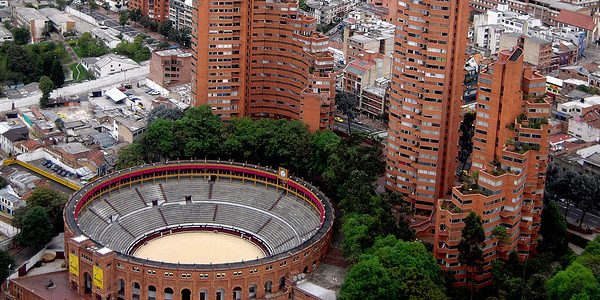 Bogota´s Santamaria bullring was built in 1931 and sits in the center of the city. Like many Latin American countries, bullfighting is a celebrated sport. This bullring holds 14,500 people, which makes for a pretty rowdy crowd when it´s a full house. Although bull fighting is controversial, it is seen as a cultural celebration among this culture. 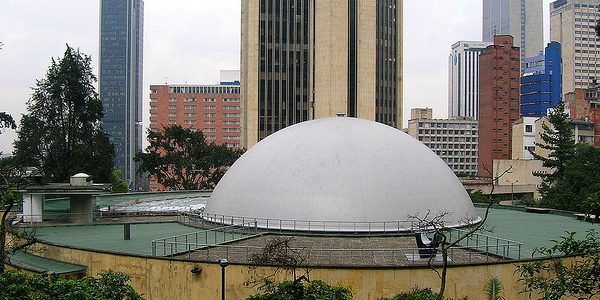 This scientific and cultural center is situated next to the Parque de la Independencia. It holds frequent events, such as films, videos, conferences and seminars. The center also provides a wide range of information on astronomy, space travel, natural science and ecology and organizes temporary art exhibitions. The projection system installed in the ceiling enables the planetarium to demonstrate the movement of the stars, planets, constellations, eclipses and other celestial phenomena. 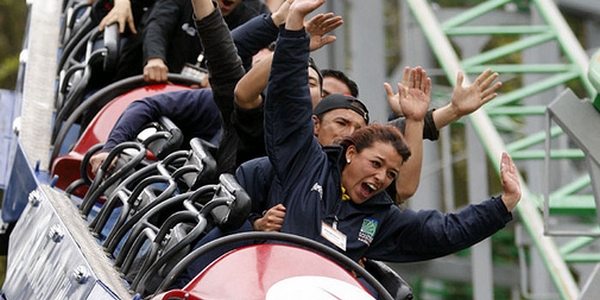 This park is one of the first and largest theme parks in Bogota. It has a numerous rides, picnic areas and ample space for leisure activities. Among its attractions are the Parque de los Dinosaurios, and the recently inaugurated Aquapark, which contains a heated swimming pool with a huge wave machine. Good fun.

If you have any questions you can contact us anytime.