Today the top player James Rodriguez and Neymar will meet in the match Colombia vs. Brazil. The Brazilian team is seeking their 6th World Cup victory. Neymar is thanks to his talent a very valuable player for the Brazilian team. James is the engine from a perfectly balanced team. He transformed into the Top scorer because of his clear vision towards the game. James weapon is the power of his imagination.

James scored 5 goals and he is indeedlyÂ  the Top scorer from the World Cup 2014 until now. He determined the game from the start with 3 – 0 versus Greece, against the Ivory Coast 2 -1, Japan 4 – 1 Â and 2 – 0 against Uruguay where he showed a unique performance in the 28th minute. That goal was considered as one of the best of the World Cup 2014.

“In my long experience in soccer I`ve had extraordinary elite soccer players in my teams and I bet a lot for James because I`ve seen him in a superior position.” assured the Colombian coach Jose Pekerman.

We have the present of a first class player who interpretes my idea very well also I would like to mention that I believe that this will be the World Cup 2014 of James Rodriguez.” Pekerman pointed out. 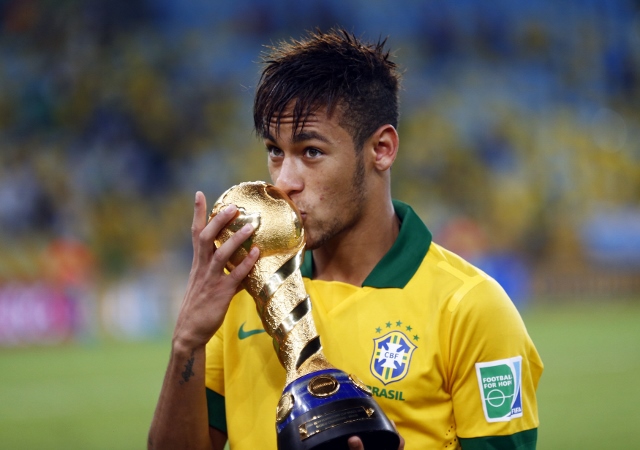 Brazil progressed into the quarter finalsÂ in a dramatic way, they scored 3 – 2 against Chile in the penalties and that then after a complicated afternoon in Bello Horizonte, where the 1 – 1 after the 120 Minutes seemed like the way of the purgatory. Neymar scored and cryed but the battle with Chile let Brazilian in a unexpected position.

“Today we won over Chile but I`m tired after this game!” said Neymar toÂ resume everything.

“He`s 22 years old but he already has a lot of experience, he is like a mature player of 35 years. He takes himself with a lot of naturalness. His youth and he has a great mentality and in his life he showed us that he had already been ready when he was 17 years. He made this penalty as he would have made the goalÂ next to his house on the streets of Santos” commented the Brazilian coach Filipao.