We offer following day trips from Bogota. All trips include a private driver to the location and back to your hotel. Our interpreter and tour guide will accompany you and your date to following locations: 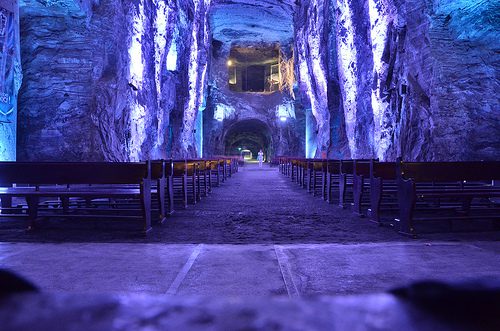 Cathedral that was opened in 1995; it was dug in the interior of a salt mine and it is the only one of its kind in the world. The cathedral is located two and a half hours away from BogotÃ¡. The Salt Cathedral is a temple built in the interior of ZipaquirÃ¡â€™s salt mines, at the BogotÃ¡ Savannah, in the state of Cundinamarca. It is also a religious center and one of the most famous Catholic sanctuaries of the country, which commemorates Jesus Christâ€™s Stations of the Cross. 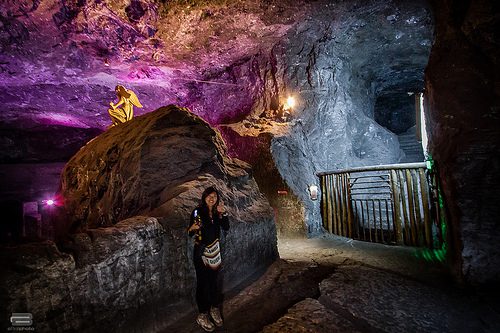 The architectural and artistic design of the new Salt Cathedral was done by Bogotan architect Roswell Garavito Pearl, which was approved after selecting the project that had a total of 44 proposals in a contest organized by the Colombian Architects Society in 1990. But the technical engineering direction was performed by Bogotan engineer Jorge Enrique Castelblanco Reyes. A rich art collection can be found in the interior of the cathedral, especially of salt and marble sculptures in an atmosphere of a complete religious sense that attracts pilgrims and tourists. ZipaquirÃ¡â€™s Salt Cathedral is considered to be one of the most outstanding architectural and artistic achievements of Colombian architecture, and it was even given the title of modern age architectural jewel. 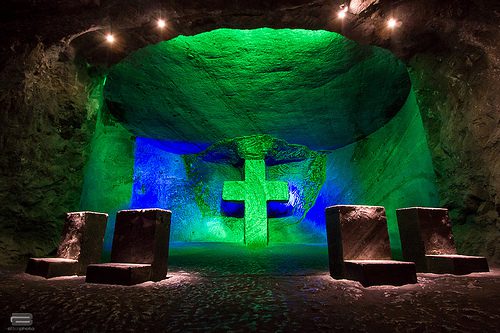 The importance of the Cathedral resides in its value as a cultural, religious and environmental heritage. In 2007, the Salt Cathedral obtained the highest amount of votes in the selection process of the 7 Colombian Wonders, which made it Colombiaâ€™s number 1 wonder, and it was even nominated to be one of the Seven Wonders of the Modern World. The underground church is part of the cultural complex called â€œPark of the Salt,â€ which is a thematic cultural place devoted to the mining industry, geology and natural resources. The tour around the Salt Cathedral lasts about an hour, and it is recommended to wear appropriate footwear and warm clothes. Its magnificent corridors have niches with religious images cut in the saline rock. The actual Cathedral is a three-nave building, and the scale of its proportions and internal lighting are completely overwhelming.

This trip includes:Â
-Private driver from your hotel and back
-3 tickets: (Interpreter, you and your date).
– Interpreter